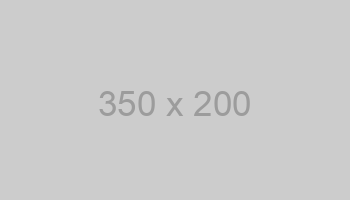 Under the veil of night that surrounds us now, sky and ground in a swirl of stars, my samba firm at this crossroads, its starting point, the corner where dreams of so many lives bend, where destinies are traced in the magical street, The Sapucahy Street, who is also mine and yours. By the time the avenue lights up, the naked moon becomes empty, and then, to play the carnival, dresses in fantasy.

Laroyê! I excuse the entities, blessings, and passage to those who rule us from beyond, and ask them to enlighten us with their trail of light, to guide us, and to make us shine as well.
Today, my "Enchanted Bird" comes to kiss the ground it treads. The bird, who is so well used, comes to tell more stories of directions, routes, trajectories, paths and roads where humanity has gone.

Through the roads crossed in the earth, my people crossed them. Still borderless, it has known kingdoms of Amber, Silver, Gold, and Silk, following in the footsteps of the adventurous travelers with whom the vast world interconnected. In the sway of the waves, brave seafarers on the open sea paths, in the wind, with the knowledge of the stars that point to the east, departed, because sailing was necessary towards Cape of Storms, an imprecise destination that, in turn, calms down the ocean and takes travelers to the New World. World for so many famous legends, with so many cherished dreams, of distant empires, of hidden treasures, of carved roads on the top of the world, of a magical kingdom called Eldorado.

Behold, a new earth then reveals itself. In the machete that hurts the verdant forest and imposed the donating flag, by clearing the trail of the Indians, is made Estrada Real, from Vila Rica, in open sores on the ground from which sprouted gold and diamonds, to the Court of Portugal. And the noble holy city of St. Sebastian covered the mud of its alleys and alleys of settled stones, trampled by the feet of brats.
Streets that have also become paths of devotion, roads of pilgrim steps, passages of miracles, wanderings of praise, painful ways of scourges and martyrdoms, paths of request and promise, of thanks and forgiveness, walking with faith in processions and pilgrimages, which follow walkers and altars, of Josephs and Marys, in the heat of torches and candles that light souls and hearts.

Endless streets that tell stories. Streets we know without even passing them. Streets around the world that are postcards, or simply remembered by those who live there. Streets of desire, longing, memories of its nooks and charms. Streets everywhere, whether they are the most beautiful or those that attract us, simply by their coming and going. Whether it's the elegant avenue of Paris or New York, I don't know, maybe a reverse hand from London or El Caminito in Buenos Aires to bailar a tango; or, better yet, those where the breeze blows from an “eternal singer” on its breaking waves, spreading beauty and warmth, on the famous sidewalks where love for the “Little Princess of the Sea” is declared.

But, after all, they are fantastic, legendary roads to hear about, or rather, they are perhaps fruits that only imagination can reach, so impossible to reach. For this to happen, just want and dream. And why not let yourself go on this journey that the mind can create, whether it's the Milky Way stroll, the Tower of Babel, and God's abode to visit. Or perhaps to defy mythology and, in the Minotaur Maze, the much desired way out; or, perhaps, by magic, on the golden brick road, at the end of the rainbow, may arrive.

In short, there are so many ways to go, so many roads that turn out to be natural, virtual or destination, roads of life for each of us. But behold, this trip is over. This is the path of dreaming, in Rua das Ruas, the reason for my journey, where our mission of life lives, where samba chose to live and where my people come from their own path from their place. It's everyone's street in its moment of passing by. But now, it's my time, my turn to show you that this Street, right now, is mine alone, and, as the dream allows me, this Street I'll tile with bright stones for my Hummingbird to fly.

The Beija-Flor de Nilópolis was born in the Christmas celebrations of 1948. A group formed by Milton de Oliveira (Negão da Cuíca), Edson Vieira Rodrigues (Edinho do Ferro Velho), Helles Ferreira da Silva, Mário Silva, Walter da Silva, Hamilton Floriano and José Fernandes da Silva, decided to form a block that, after several discussions, at the suggestion of D. Eulália de Oliveira, Milton's mother, was named Beija-Flor (inspired by the Beija-Flor Ranch, which existed in the Marquis of Valencia). Dona Eulália was admitted as founder.
In 1953, the Block Association Carnival Beija-Flor, victorious in the neighborhood, was enrolled by Silvestre David do Santos (Cabana) member of the composers' wing, as a samba school, in the Confederation of Samba Schools, for the official parade of 1954, in the 2nd group.
In his first parade in 1954, he was promoted to Group I, where he remained until 1963. After a period of ups and downs in 1974, he returned to Group I, a result of the good work done by Nelson Abraão David. In 1977, Aniz Abrahão David takes over the presidency and designs the Nilópolis Samba School as one of the most famous in the world